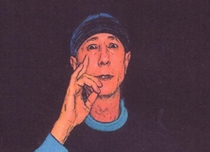 Beamed from the Saucer Pod By Visible at 22:44